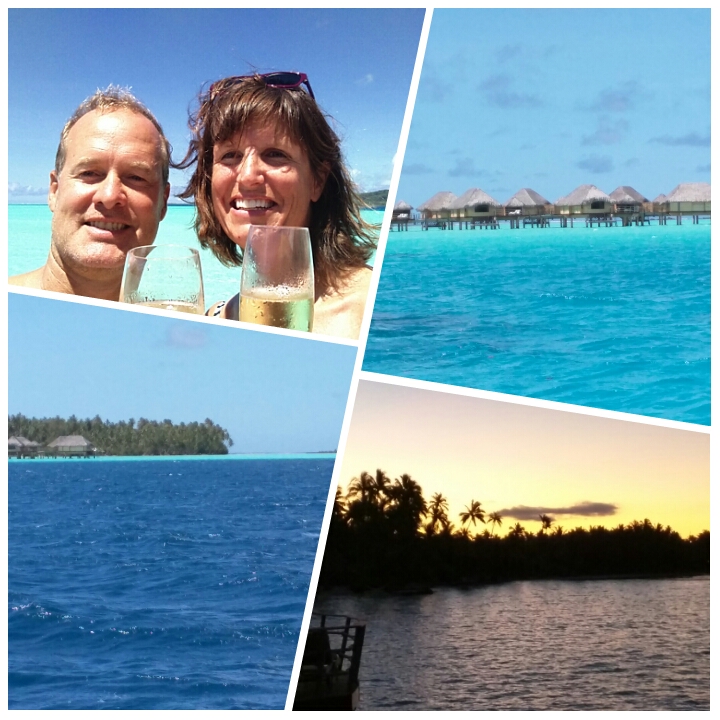 Oh yes,  we have champagne!

Hotel 10 min from airport, with an early Sunday morning flight. 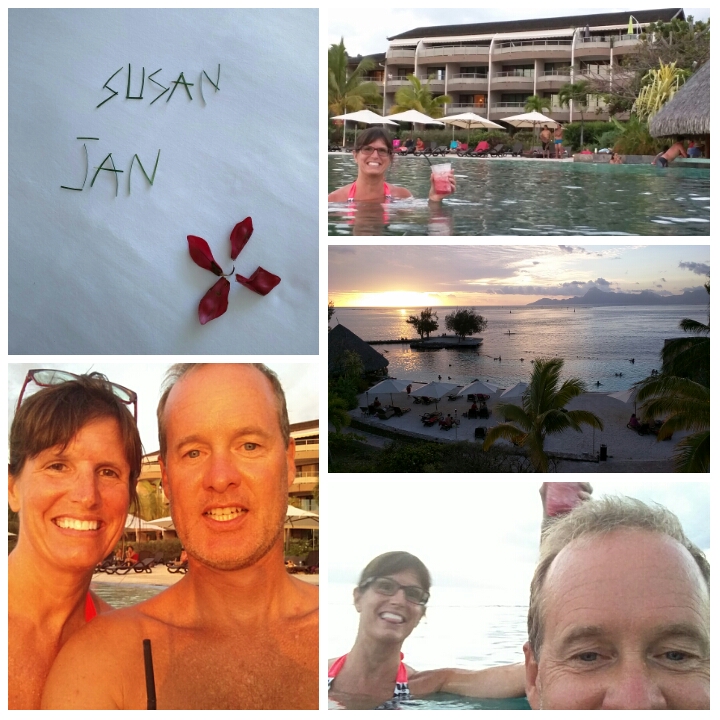 Infinity pool (with bar) truly looking infinite with the lagoon. Last sunset here for us, with Moorea in background.
The hotel made a little flower and stick welcome message on our bed.

A mere 8500 CFP / US$80 for the day, inc one tank of gas (which we nearly bled dry). The 50cc scooter laboured up the handful of hills near the center of the hibiscus shaped island.

The scooter was delivered to us at the boat dock, and picked up at our restaurant prior to sunset, so we never had to go to their office. 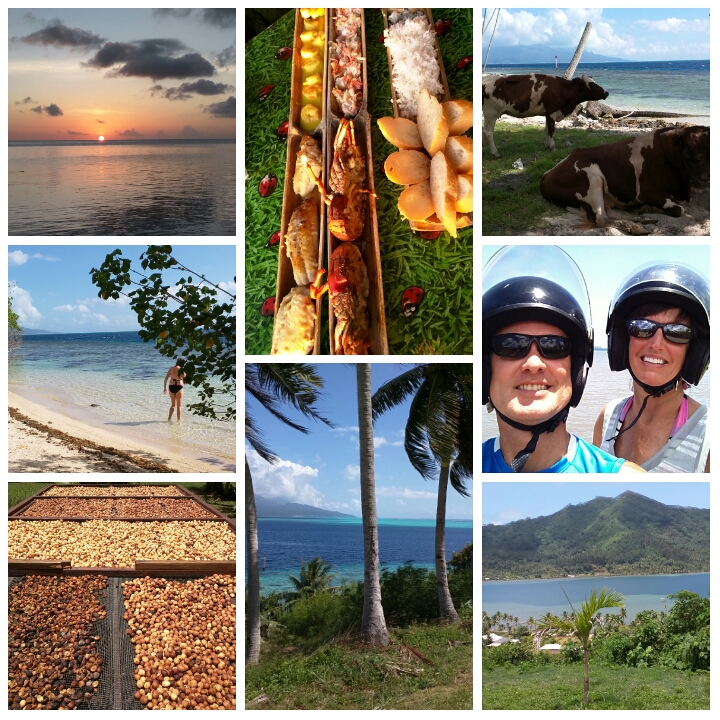 Clockwise from top left:
– sunset from waterfront dinner resto Chez Louise
– tasty seafood dinner (lobster, parrotfish, curried non-local shrimp, raw fish Tahitian style – parrotfish, not tuna, this time), 5500 CFP /US$50 pp plus drinks(but tax and tip included)
– cows with Raiatea in the background, on our 15 min hike to a semi-deserted beach
– helmets required!
– one of the bays at center of the island
– view to Raiatea from the southern tip of Taha’a
– drying tamanu nuts (used for skin products)  at the vanilla farm… this is the Vanilla Isle after all
– Joe Dassin beach with snorkeling just offshore, inc a dropoff

We also visited a pearl farm, had a tasty lunch on the bay at Taha’a Maitai resto, and tried to see rescued turtles at Hibiscus hotel but they no longer do that (the danger of an LP guide that is 2 years old

Tip: most places have hard to see road signs 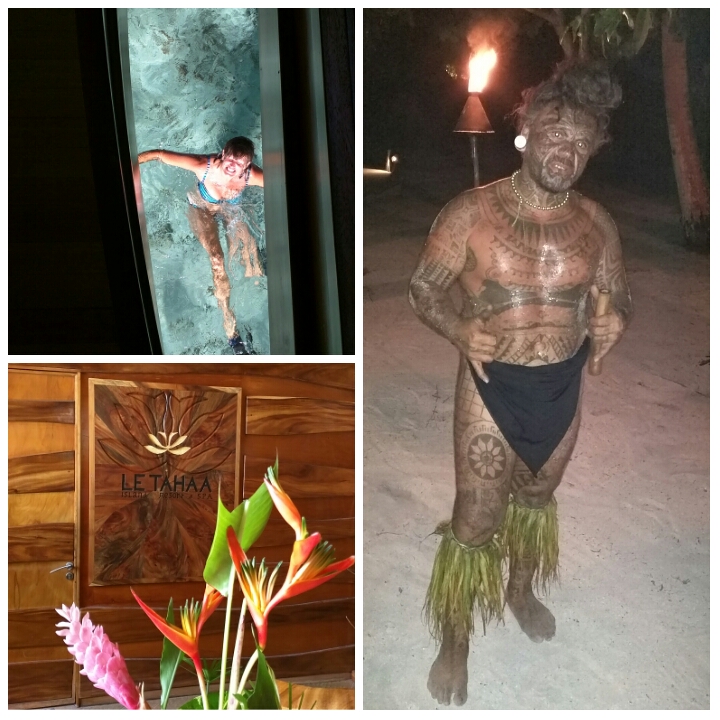 Also, hyper tattooed emcee at last night’s traditional dance show (he did cool fire twirling at the end), and the logo behind the front desk of the resort (with birds of paradise in front). 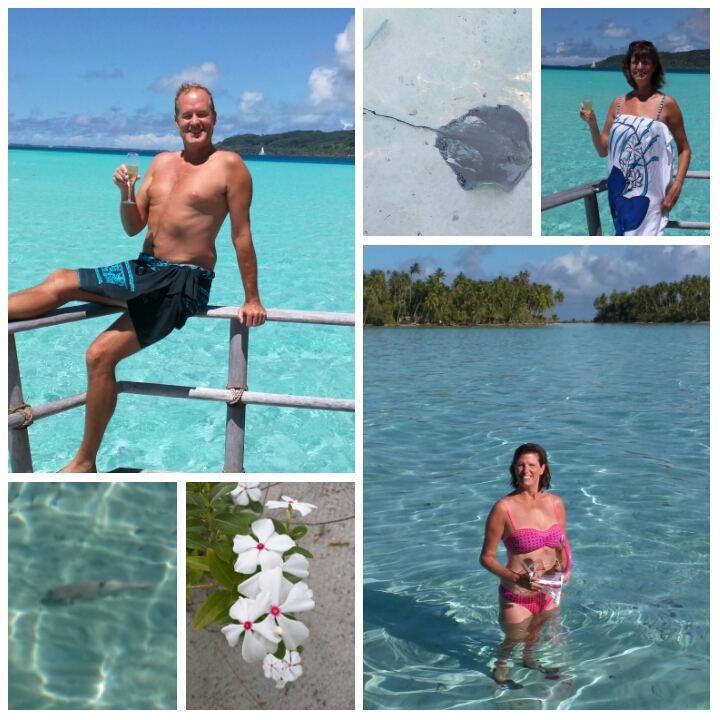 Clockwise from top left
– rocking my pareu
– stingray (one of two regular visitors by or bungalow)
– Susan in her pareu
– Susan ready to snorkel,  at 7am!!!
– flower (not plumeria)
– boxfish (one of several near our bungalow) 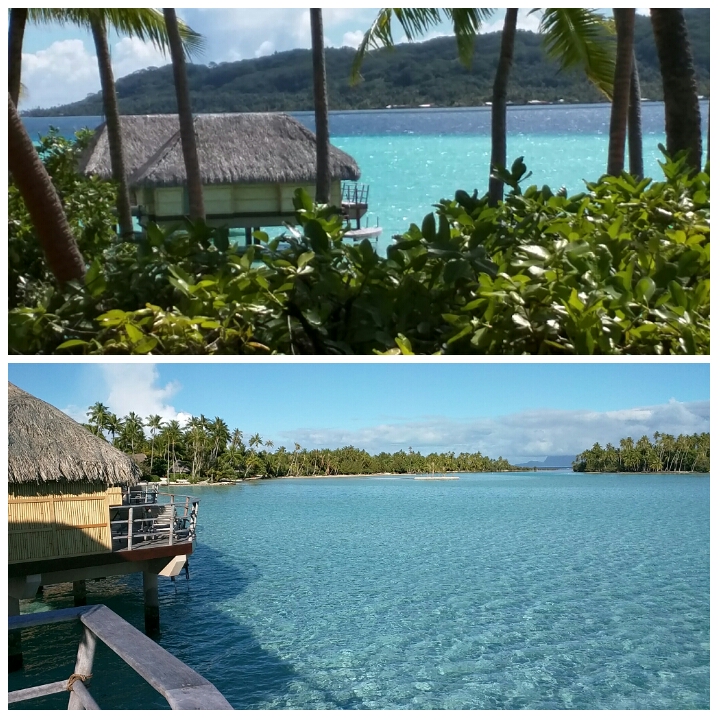 Bottom pic is from our bungalow deck, with Bora Bora in the distance

I’ve been having trouble uploading posts with photos due to slow connections since leaving Moorea on Thursday for Huahine, after doing a power snorkel with a Bond-like device that pulls you along.

It was actually sunny for the morning, the flight, the minivan + boat shuttle to the hotel (how cool is that?) to our charming overwater bungalow. Then the wind picked up again, clouds moved in and it rained occasionally.
It cleared a bit on Fri afternoon, then partly sunny on Saturday for our interesting anthropology tour, and finally sunny for our Sunday lagoon day boat trip.

On Monday we flew via an hour stop at Bora Bora airport code BOB! which is on a motu with light blue water and transfer boats) to Taha’a for our final island and fanciest hotel.
The resort provided boat transfers (35 min) directly from the airport, literally 30 steps from baggage claim (even cooler than previous island!).

And now sit on our gorgeous overwater bungalow with a cooling breeze over turquoise water, and a view of Bora Bora. We saw stingrays and puffer fish snorkeling below our deck.

And lots of sun

On Thursday we moved to Huahine. After a short flight, we had a minivan + 15 min boat shuttle to the hotel (how cool is that?). Btw, there are no metal detectors, no security, no long waits in boarding interisland flights in these one room airports. Check-in cutoff is 20 minutes before the flight.

The hotel was quite empty, maybe 8 bungalows occupied. The food was good, but dinner portions were huge, so even though we had half board meal plan including appetizer, entree and dessert each, we scaled it down. The tuna appetizers (sashimi, carpaccio, tartare, and raw Tahitian style) were super tasty. 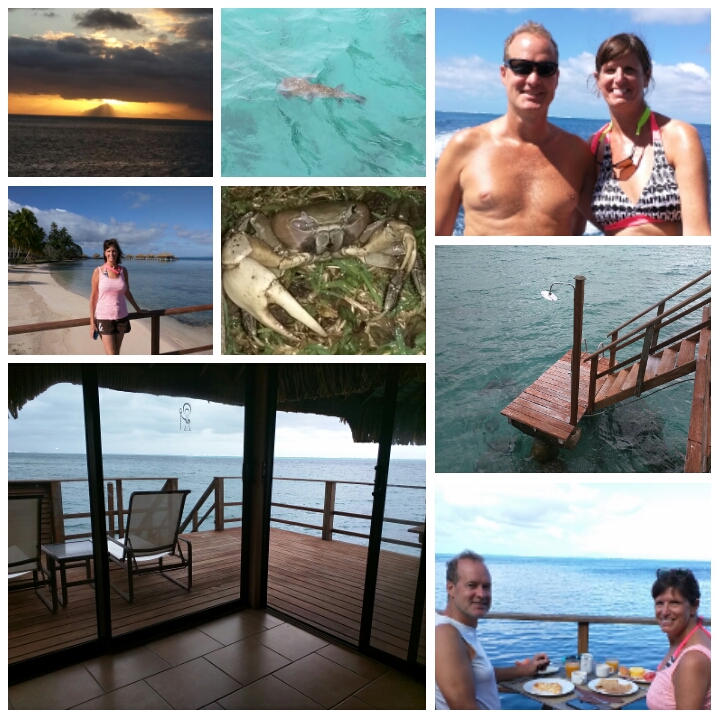 We moved bungalows the second day to have wind protection on the deck, and then the sun came out again for a while.

On Saturday we did a super interesting half day road trip with an anthropologist.

On Sunday we did a fun all day boat trip around the lagoon.

More on those in later posts.

Colourful! (updated to include 2 cent coin) 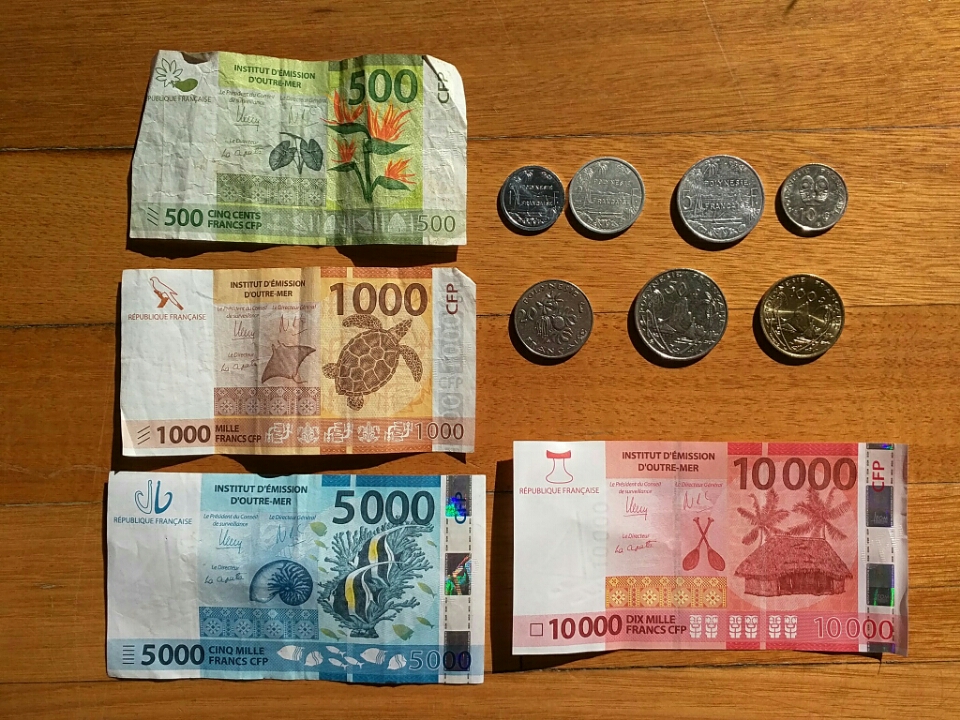 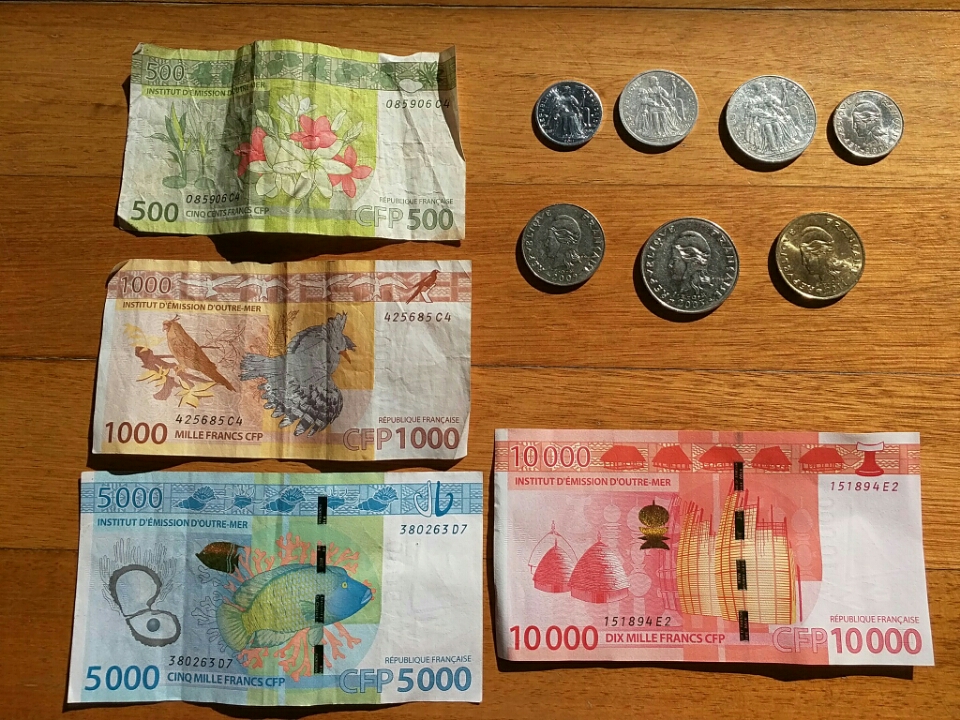