That 14 hour HKG-ORD turned out to be rather OK. Lucked out with an empty middle seat next to me (good seat selection and changing it a few hours beforehand helped)

Lunch early in the flight, sandwich and vanilla ice cream in the middle (I skipped the former but the latter was great timing as my throat was parched) and breakfast before landing.

No free adult beverages at all anymore. Personal TV and power outlet though B777-200, unlike on their B747). I watched 2 movies, then slept for about half the flight, and watched 2 more movies.

Note: economy plus really comes in handy as the extra 4 inches legroom also translate into being able to rest my head on a pillow on the tray table (mercifully the lady in front of me did not recline, adding to that sleeping room). And I don’t personally recline unless I’m sleeping (and not leaning forward).

So I actually feel pretty refreshed and in the correct timezone, since I timed my sleep to coincide with night time in Toronto.

Two unfortunate things in HKG airport (the second one applying to US bound flights only): you can’t bring any water on board (unlike SIN where they have fountains in the individual gate area after that security check) and I was told by 2 people that you can’t take Dutch free liquids onto the plane either.

Side notes: both have a bowl of Doritos (must be an HK thing), and neither has Bailey’s for their coffee. 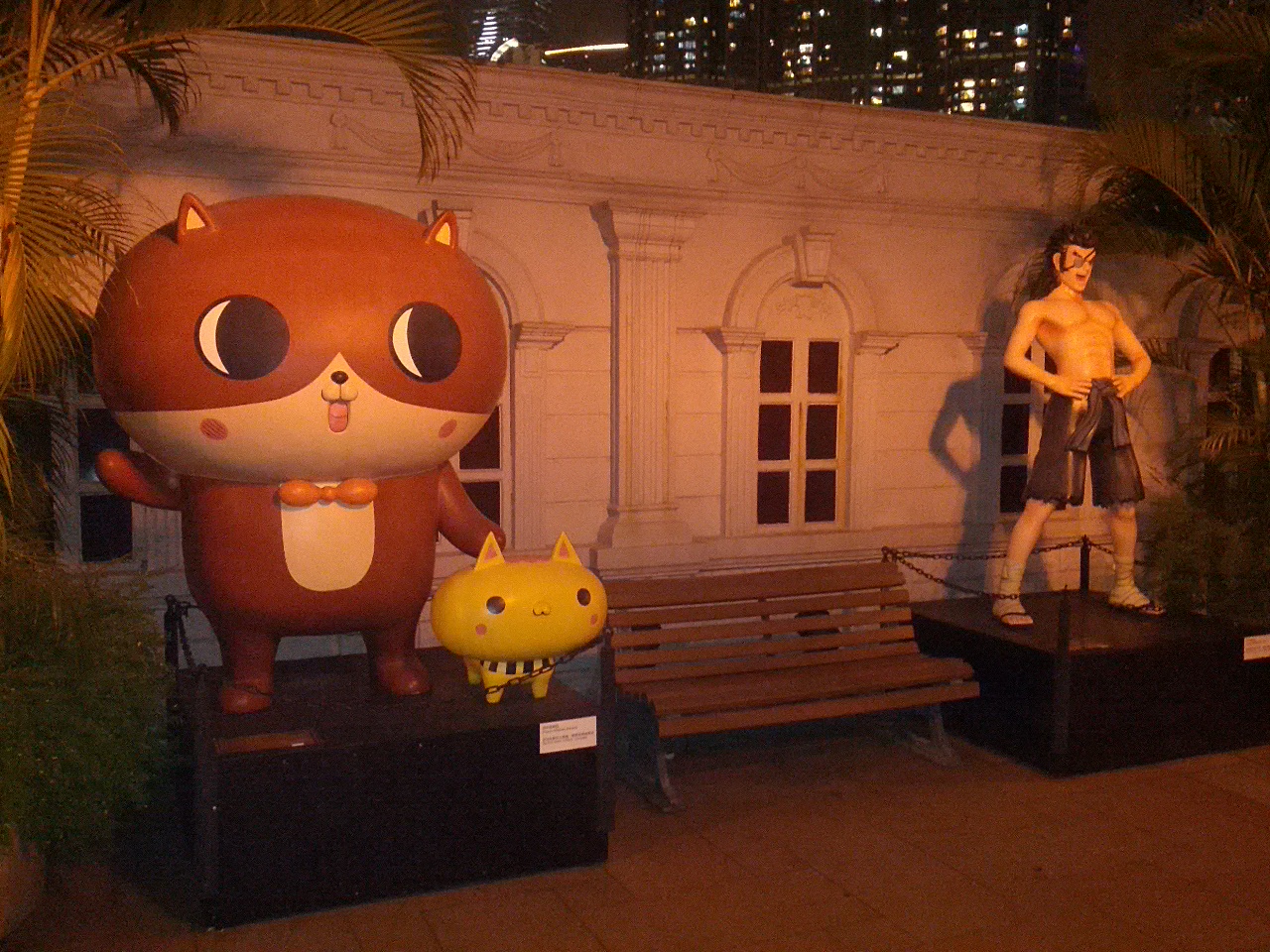 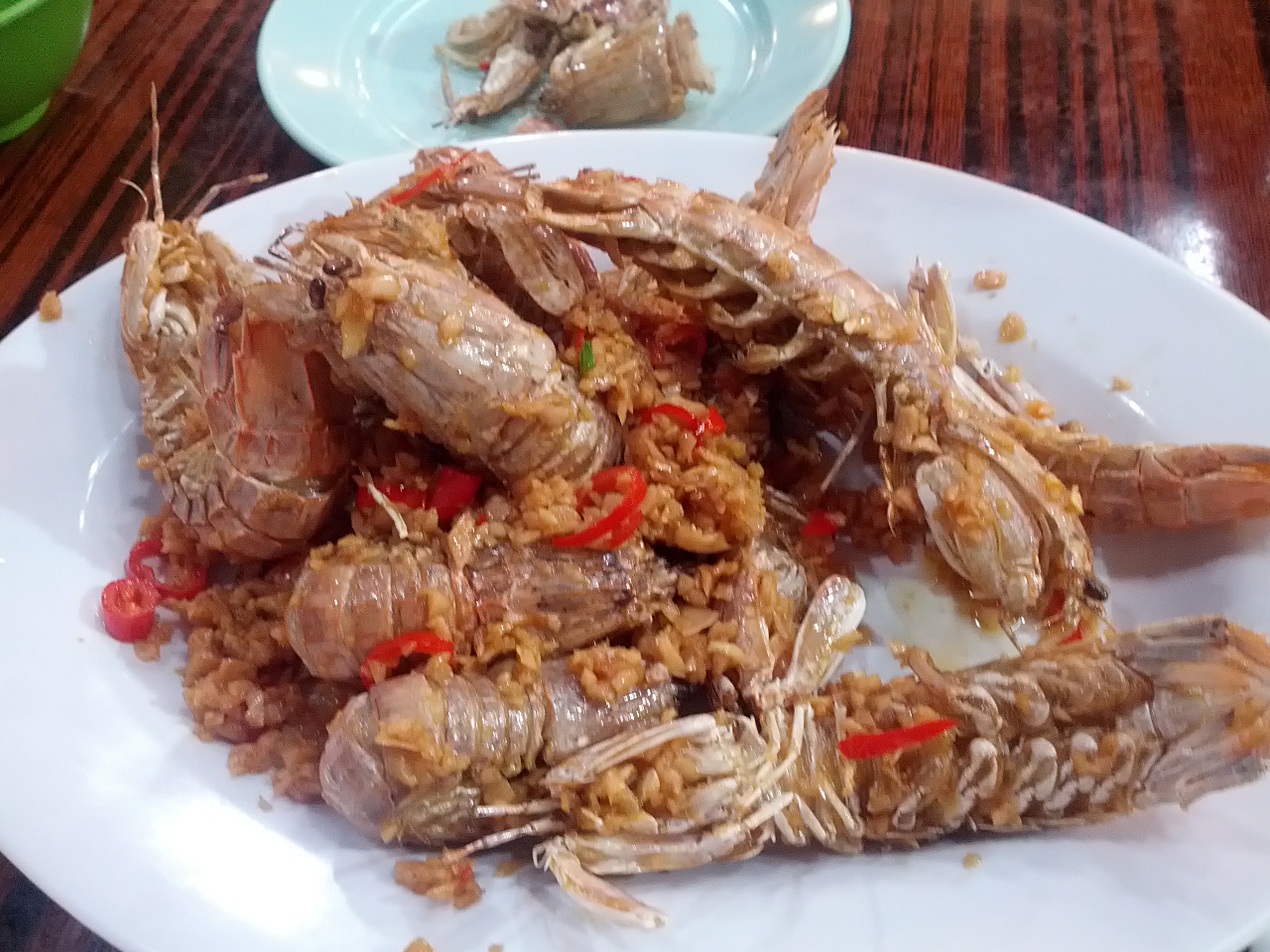 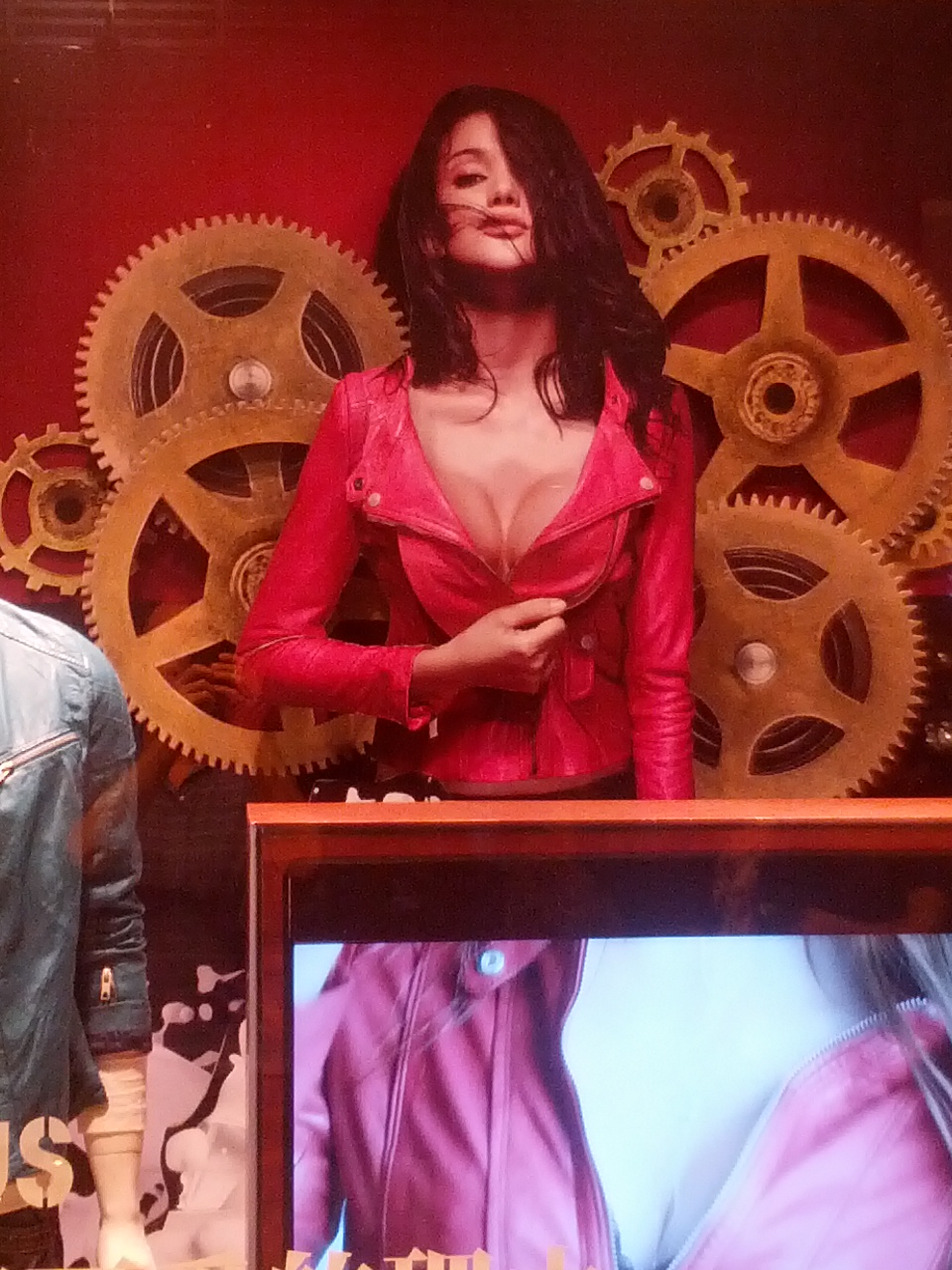 Animatronic J@net J@ckson wardrobe malfunction in a store window (the arm moved the zipper up and down). I don’t remember what kind of shop it was…

I saw the umbrella protestors camps in 2 different parts of town… On Nathan Rd in Kowloon and at Causeway Bay. The latter was blocking several blocks of the tram line. Lots of tents under canopies. Not many people around, no rallies when I walked by.

I like the web-riffed T-shirts that say
Error 404 – democracy not found. 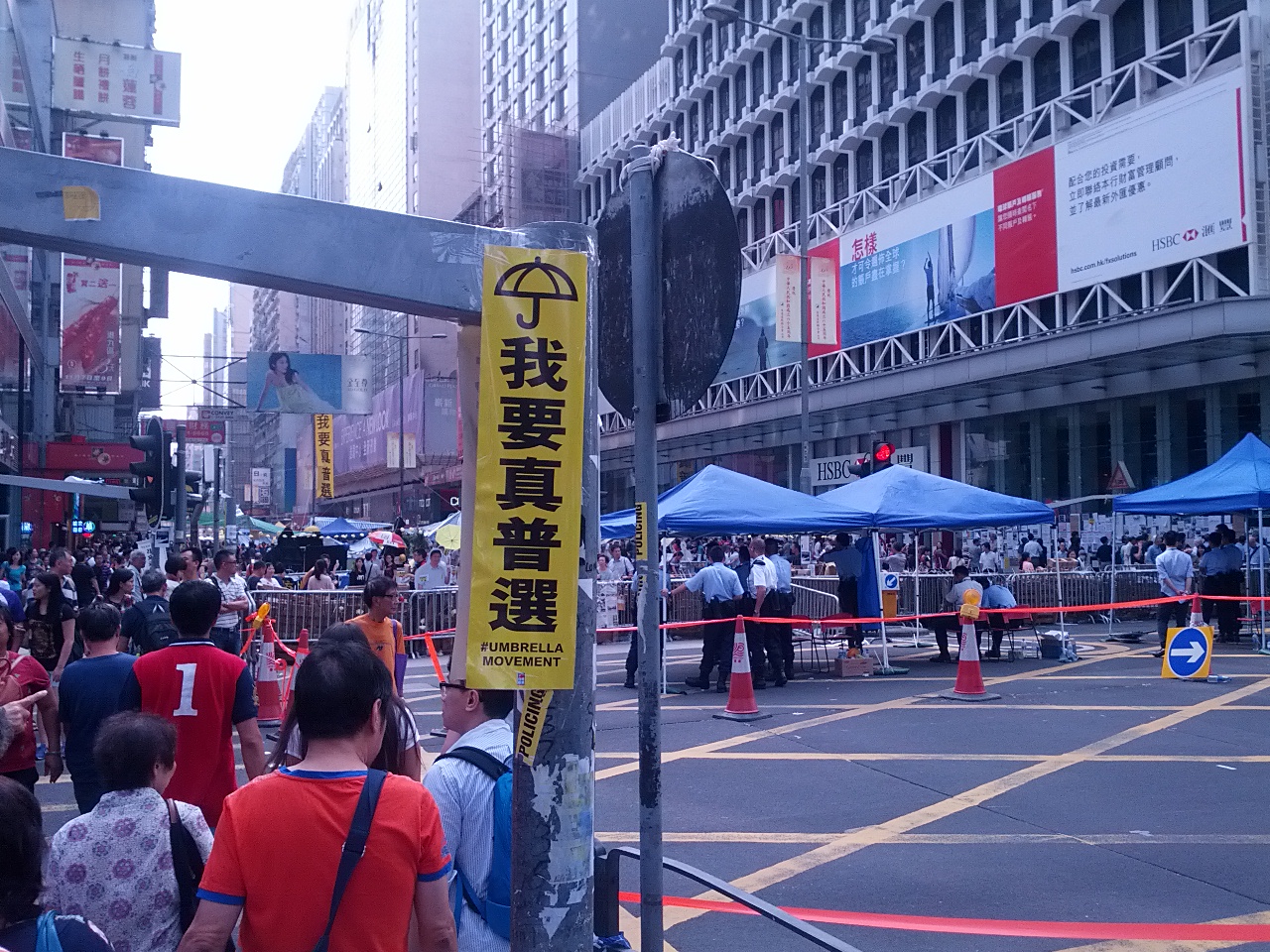 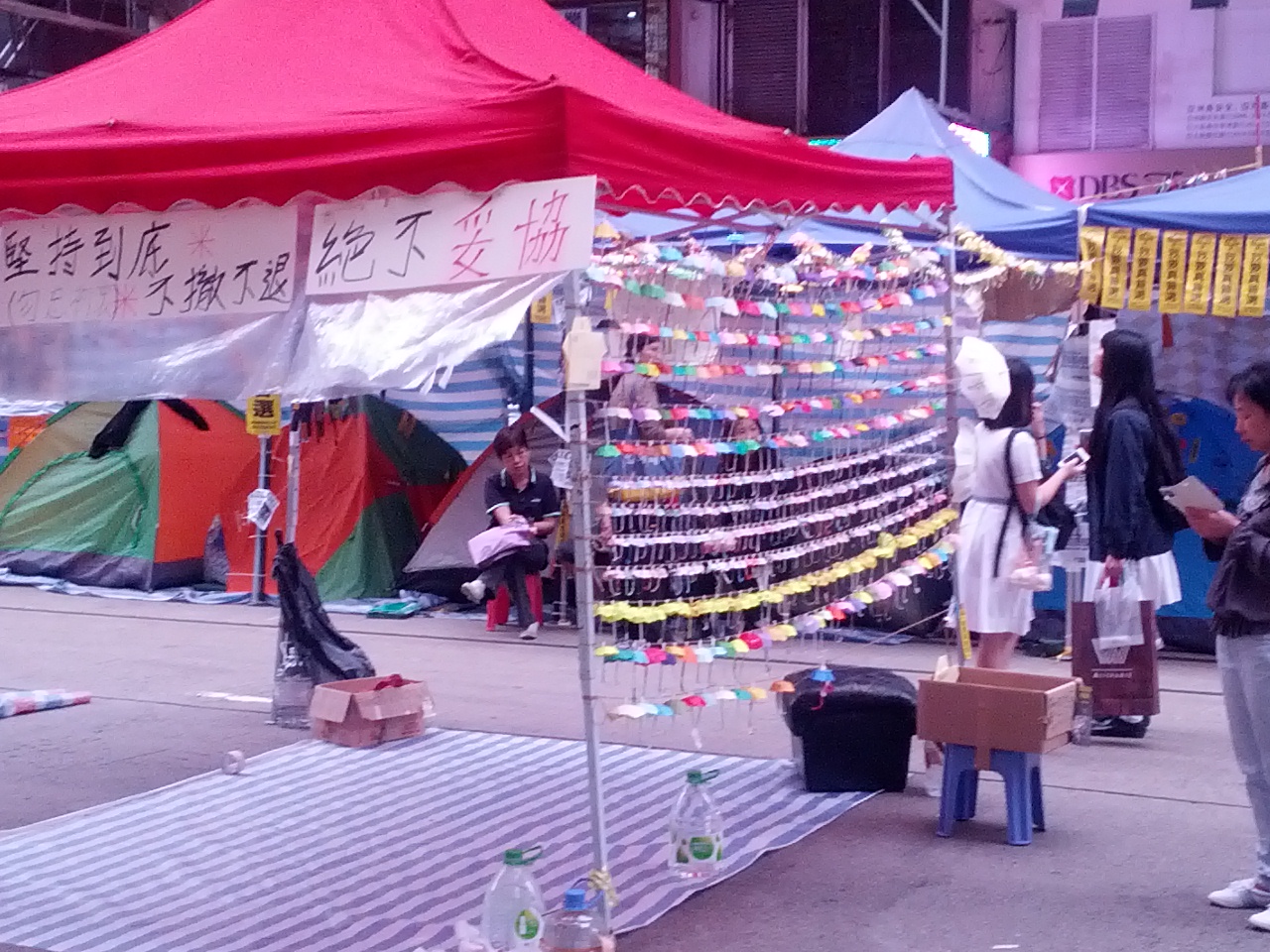 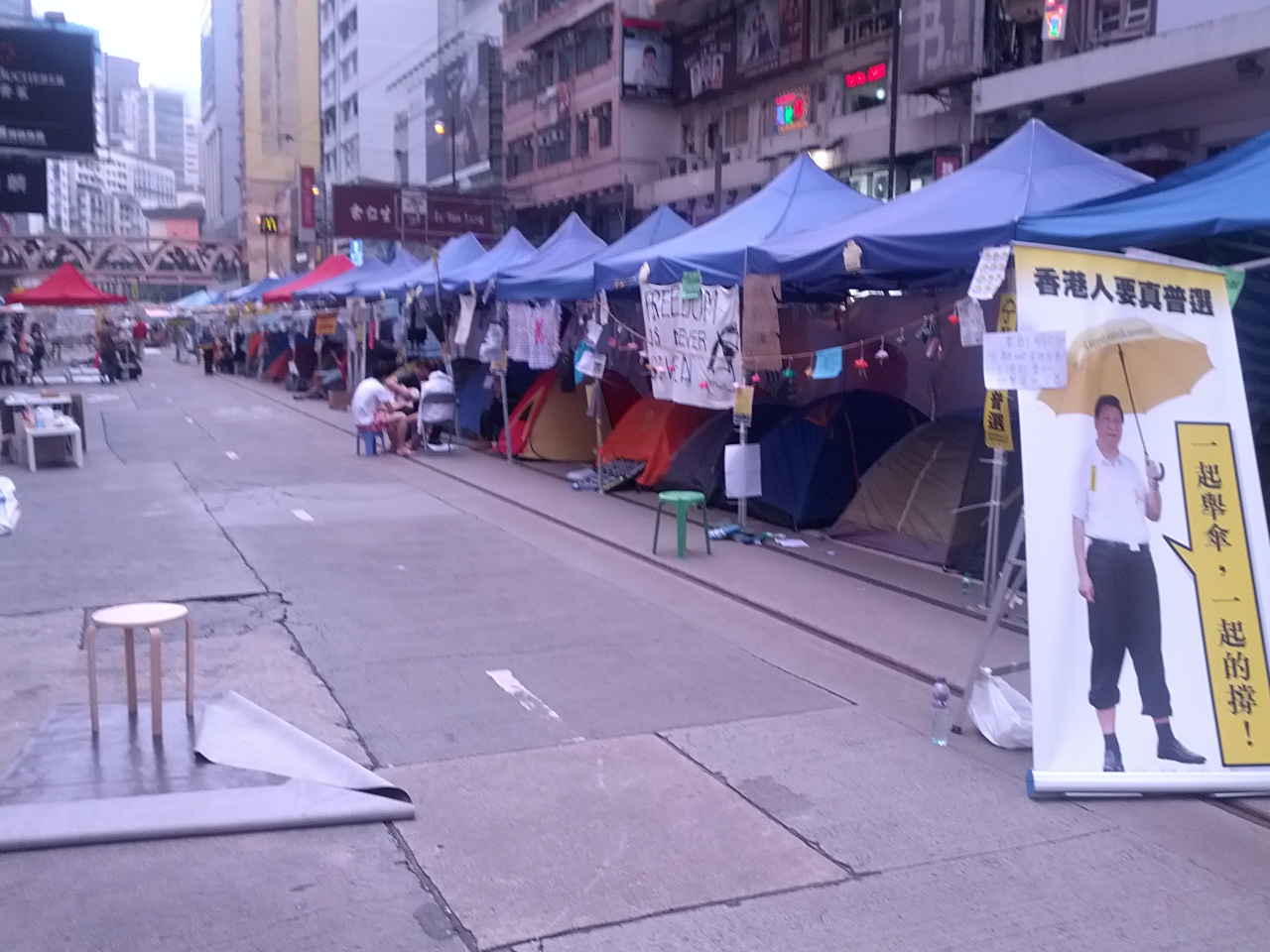 When I arrived back in HK yesterday morning, my flight to Guam that night was cancelled 14 hours in advance, turning my half day in HK into another full day and night.

The initial auto rebooking had me flying the next day HKG-GUM-PVG-ORD-YYZ, inc. an overnight and half day in Shanghai (PVG) but arriving 28 hours later, which was briefly tempting but I opted instead to get myself rebooked onto HKG-ORD-YYZ the next day, which gets me in the same time as original 4 flight return itin HKG-GUM-HNL-EWR-YYZ.

I can still get my original frequent flyer miles credited since it was an involuntary change (it’s called Original Routing Credit). I just need to call United after the trip is over to get it corrected.

Added bonus: about 7 fewer hours in an airplane seat.

Back in the lounge this morning, looking a little scruffy… 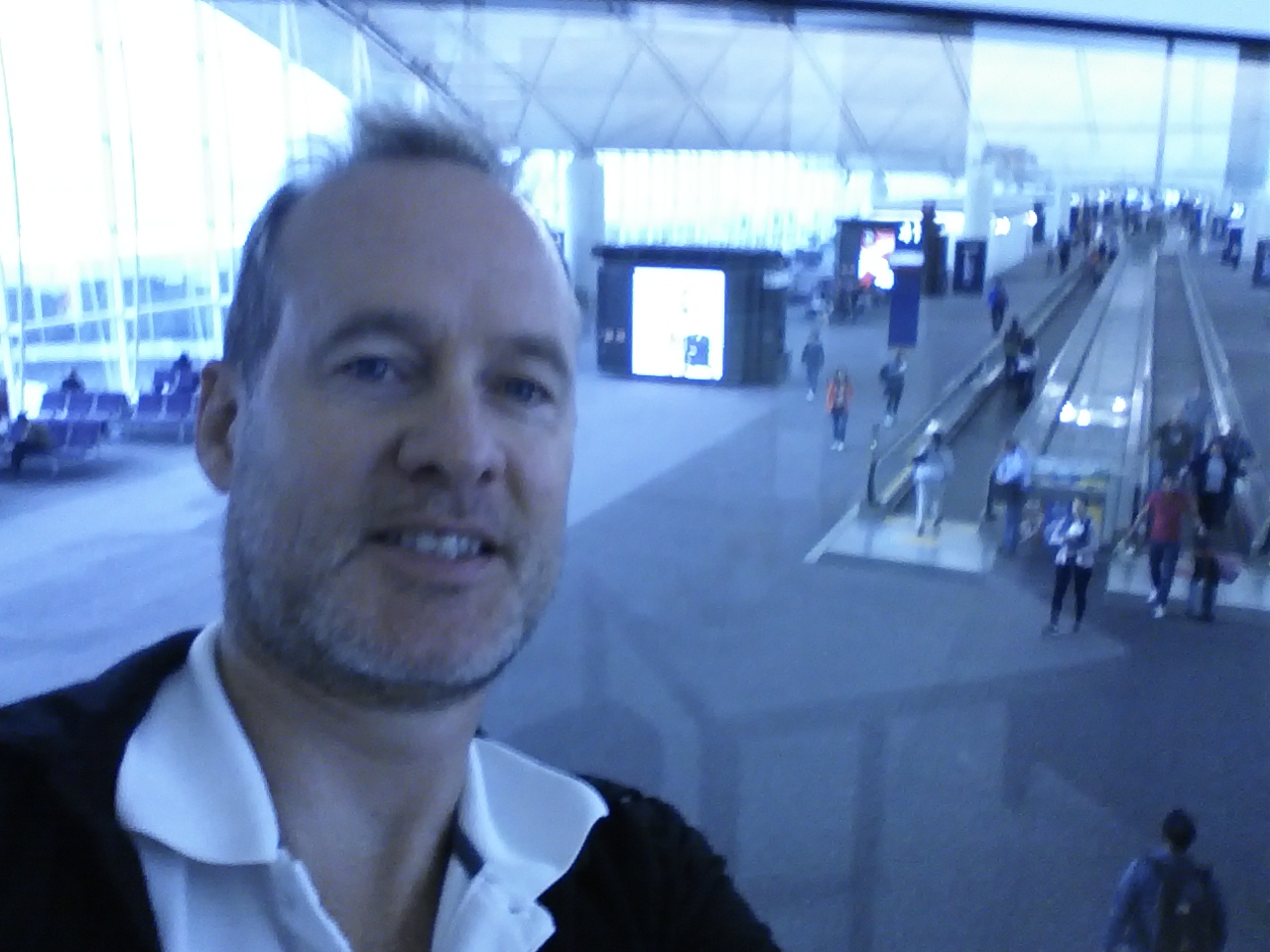 After a short 3.5hr flight to SIN in which I kicked out a guy trying to muscle in on my empty row, i slept well.

But then I couldn’t sleep in the lounge (only 4 hours in middle of night), ended up chatting with a guy (there were only 6 people in there) about travels…

Now I have 13 hours in HKG,  heading into the city on another overcast day.

This is the emptiest I’ve ever seen it. Chowing down after a refreshing shower (and yes, clean underwear and shirt). Even though the 4hr flight leaves at 21:45, dinner is served. I plan on skipping it to sleep, hopefully the 2 seats next to me will stay empty so I can stretch out (I gambled and picked a middle seat a few hours ago) 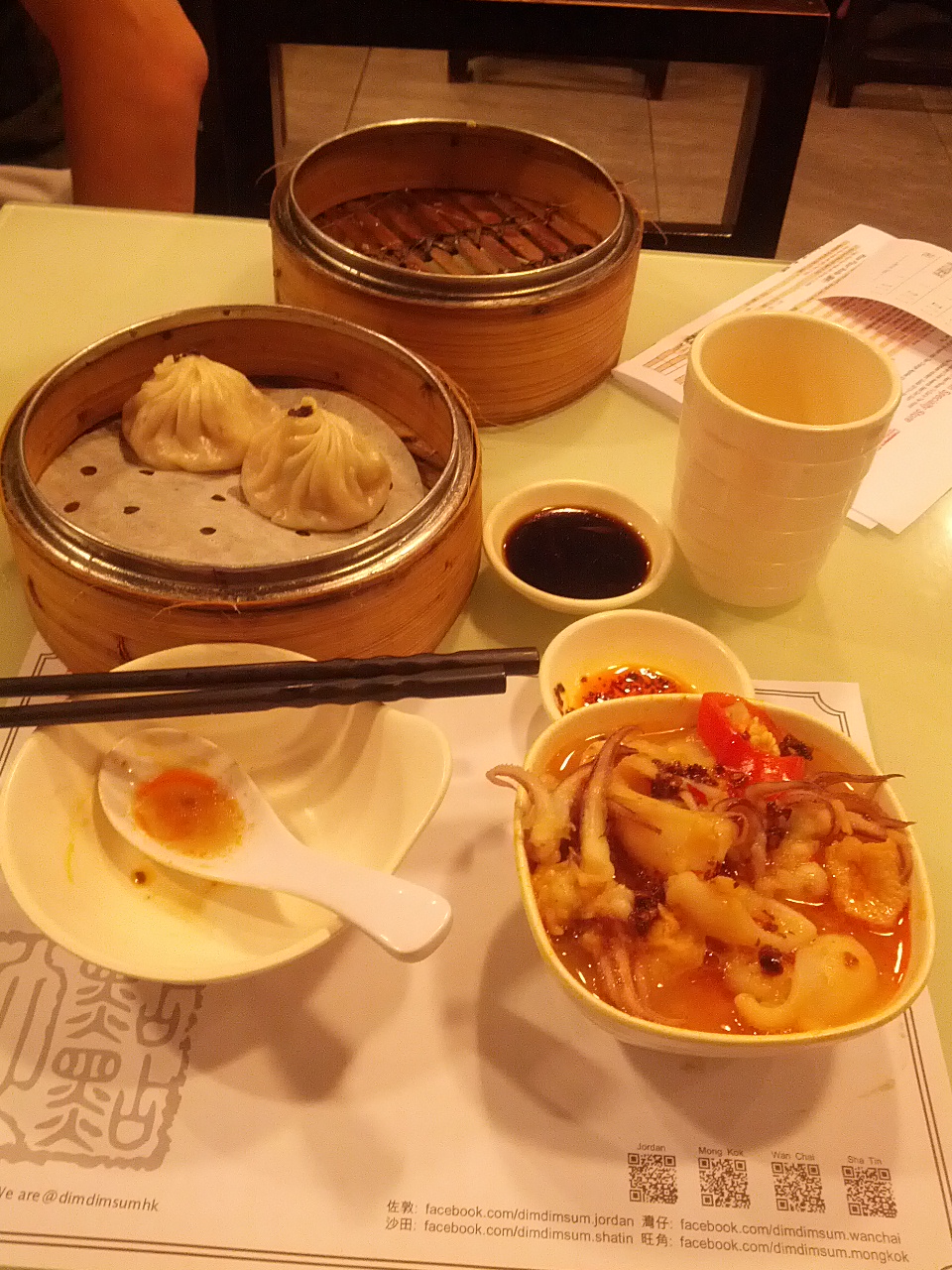 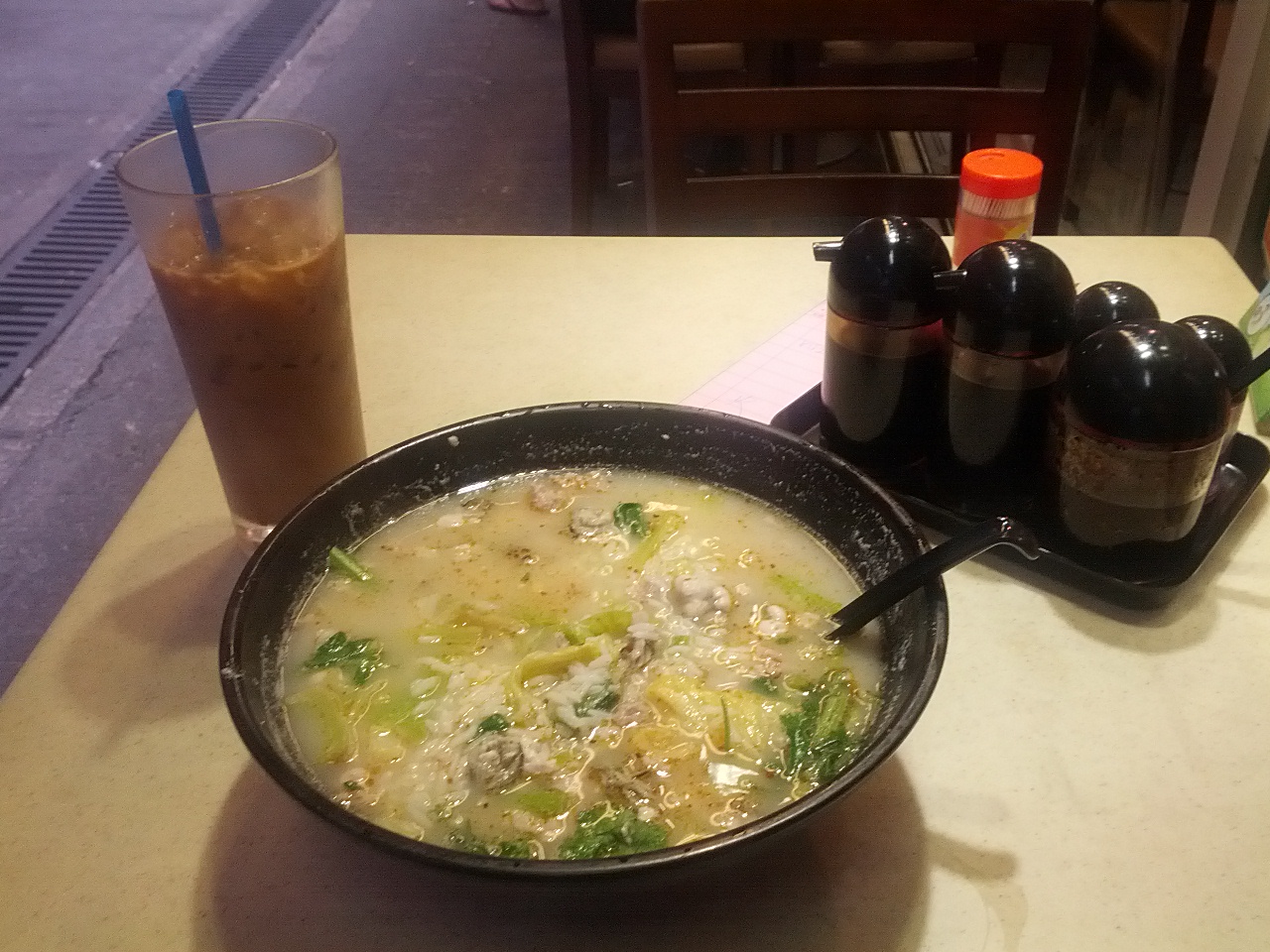 Sat with a coffee on the Walk of Stars at the tip of Kowloon, looking across at Hong Kong (island), while lots of joggers went by early this morning. So early that Sb*x wasn’t open yet. 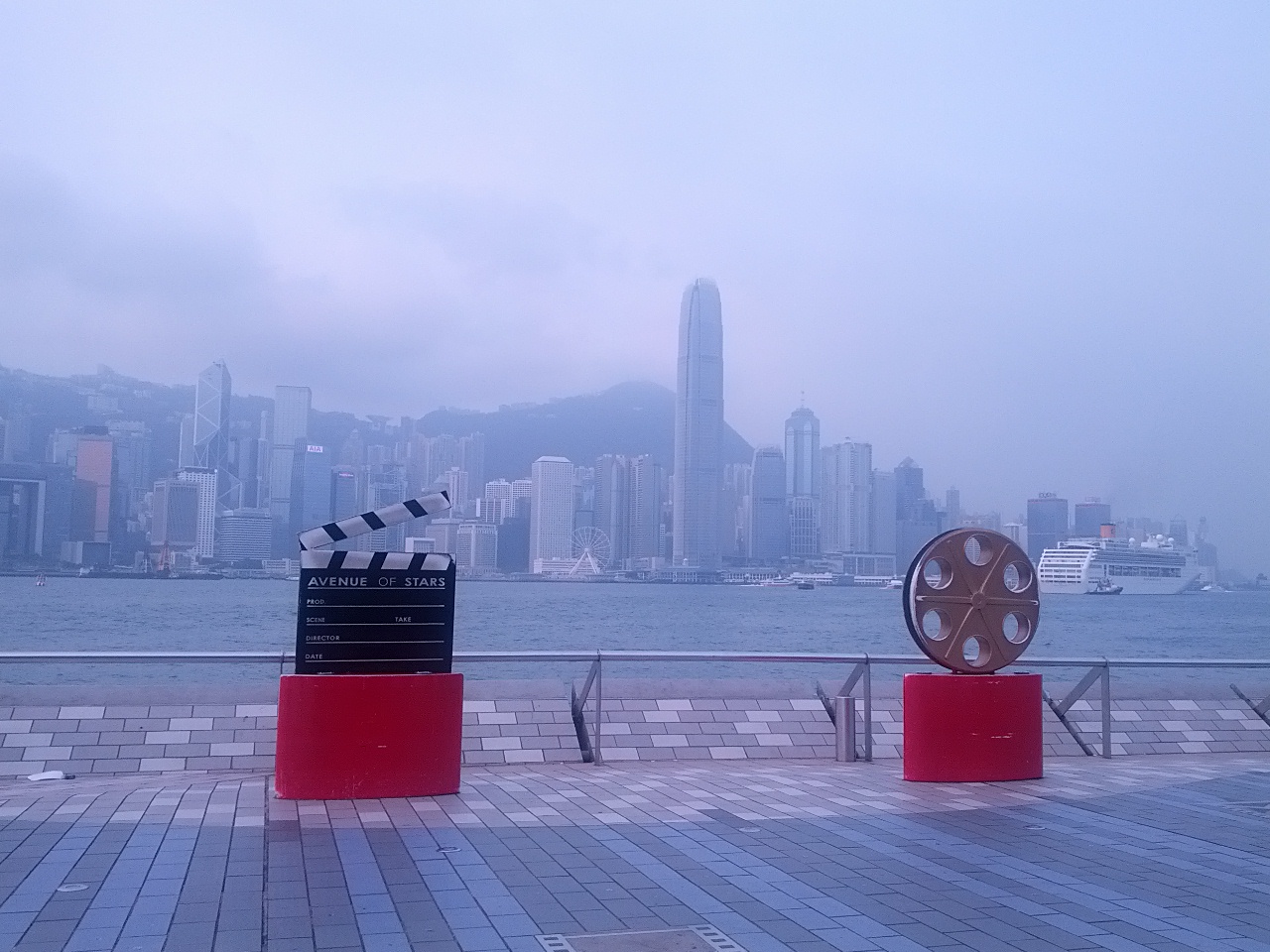 3 outdoor sculptures at the art gallery 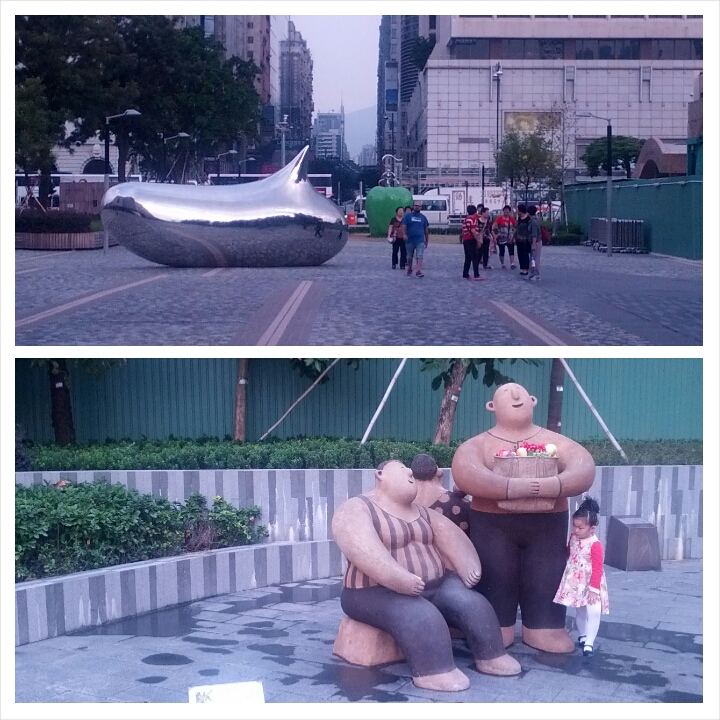 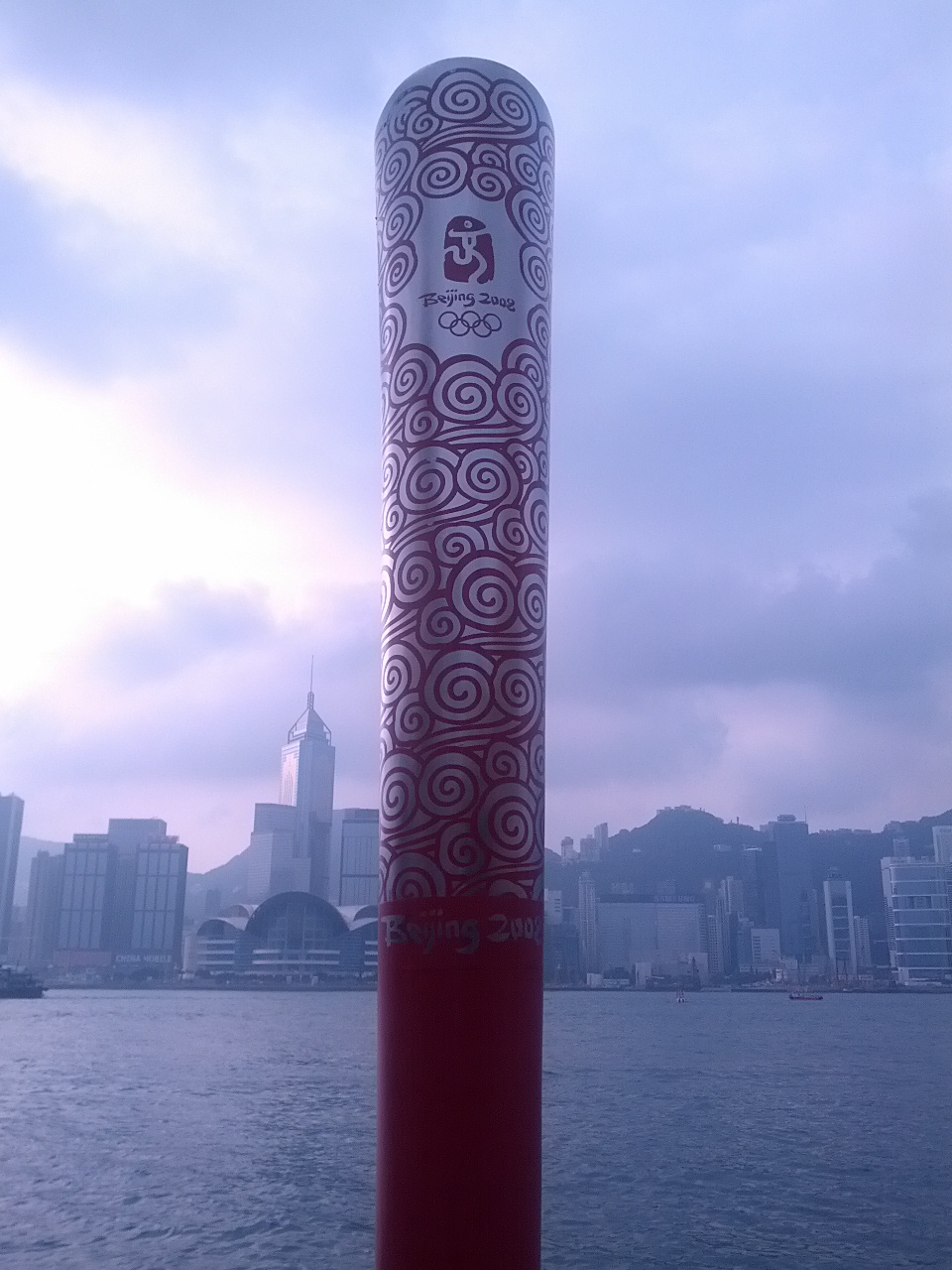 It tasted better after the delay

With a red Bordeaux. 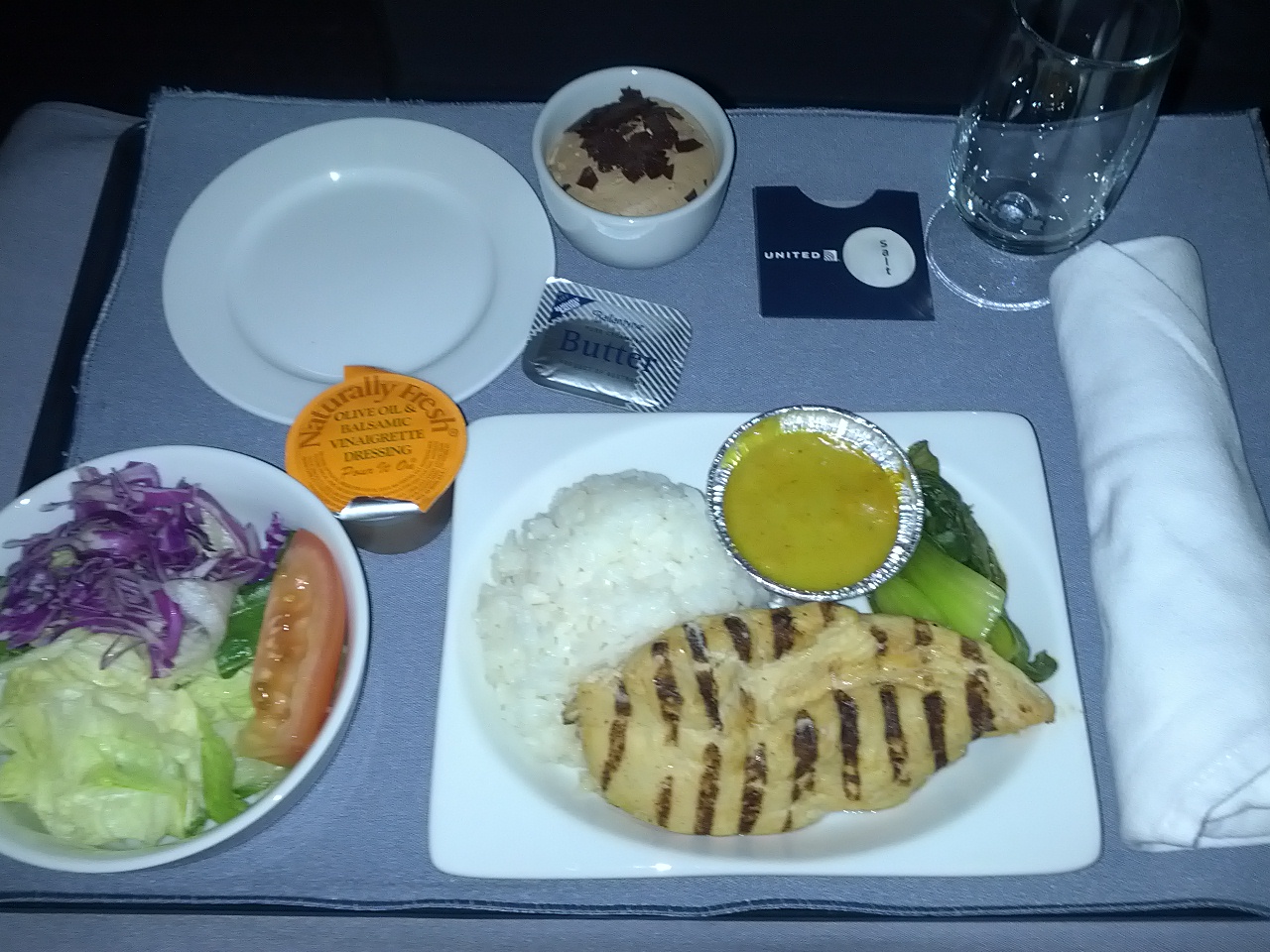